Reach out and tell someone (get an advance health care directive)

Imagine the scene: without warning, a young woman collapses one day at home. By the time paramedics arrive, she’s not breathing and she has no pulse; still, emergency medical personnel manage to resuscitate her. She emerges from her coma a mere ten weeks later, but she’s suffered severe brain damage in that time. She is never able to communicate or respond again.

If she had an Advance Health Care Directive (also known as a “living will” outside of California), she’d have a health care “agent” – someone to speak for her at the hospital. Her agent could tell the doctors what she would have wanted. Her agent could make sure her wishes were respected.

Instead, she has no Directive. Maybe she didn’t know there was such a thing. Maybe she thought she was invulnerable, as youth often does. Whatever the reason, there’s no agent, and nobody can be sure what she would have wanted the doctors to do in this situation.

Her parents are convinced that their daughter would want to fight for her life; her husband is equally passionate in his belief that his wife would want to be allowed to die in quiet dignity. Both sides fight for the young woman they love; by the time it’s over, there will be lawsuits, attempted legislation, and thousands of pages of press coverage commanding national attention.

It’s not just fiction. Fifteen years after she first collapsed, Terry Schiavo died in March 2005. Experts agreed that the painful years of court battles could have been prevented entirely if she had had a health care agent.

Could it happen to you? Well, Benjamin Franklin said that nothing is certain but death and taxes. He also said, “By failing to prepare, you are preparing to fail.” (As a lawyer, I can’t quite endorse Franklin whole-heartedly, though. After all, this is the funnyman who cracked, “God works wonders now & then; Behold! a Lawyer, an honest Man!”).

It’s easy to prepare an Advance Health Care Directive. Here in California, there are samples available at the state Office of the Attorney General for free (www.ag.ca.gov/consumers/general/adv_hc_dir.htm); you can even copy one directly from the text of the law (California Probate Code § 4701). Then get it witnessed, or notarized, and give a copy to your doctor and your chosen health care agent. Just don’t keep it to yourself. 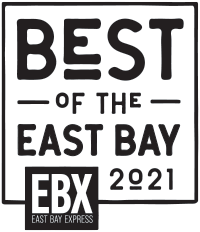